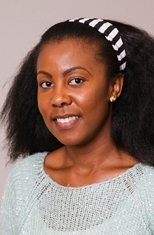 Monene’s research interests encompass issues of land reform, identity, nationhood and sustainable development. While acknowledging the importance of land as an economic asset for previously dispossessed black South Africans, she argues that current land reform policy tends to downplay or overlook the significance of issues around identity and belonging in its emphasis on land as primarily a productive asset and the promotion of commercial agriculture as the preferred land use for land reform beneficiaries. She is also interested in how the long history of colonialism and capitalism in southern Africa has encroached on indigenous understandings of land ownership and use in the region. Against this background, her dissertation explores the understandings of land and its multiple meanings among claimants participating in the land restitution programme, through a case study of a land restitution claim involving the former Vaalbos National Park, Northern Cape. The claimants were successful in having their historic land restored to them, but some opted for financial compensation. The outcome of the claim also led to the deproclamation of the Park and the proclamation of another area as a national park in its stead. Currently a range of land uses are being practised on the restored land, including some mining.

Monene obtained her MA in the Department of Environmental and Geographical Science, Faculty of the Humanities, University of Cape Town, with a thesis titled “(Dis)Articulations between Land Reform and Rural Development in South Africa”. Monene is on study leave from the University of South Africa (UNISA) where she is a lecturer in Development Studies.