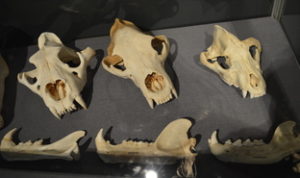 The central concern of this research programme is to deepen our understanding of the complex web of social and environmental dynamics within which commitments to sustainable development must operate, through an investigation of these issues in and through the Karoo region of South Africa (comprising both the Nama and Succulent Karoo biomes). Ancillary concerns are to build social theory and contribute to appropriate policy development.

Why the Karoo
The Karoo region is a compelling research site, given its particular history and environment. It is historically significant as a site of human settlement over millennia and, more recently, the first frontier between European colonisation and indigenous people from the late 17th century. It is also ecologically significant as an arid zone that, in the Succulent Karoo in particular, is rich in bio-diversity. It is of further interest because of several globally networked developments that are promising major social and economic benefits, locally, nationally and globally, and in the process reshaping relationships to land, environment and place. Of particular interest here are the Square Kilometre Array (SKA) radio telescope installation north of Carnarvon, the impacts of which extend far beyond the core astronomical site; the investment in optical astronomy outside Sutherland; possible exploration of the commercial viability of shale-gas (‘fracking’) and uranium mining in other areas, and the burgeoning of renewable energy plants, both solar and wind, across the Northern Cape Province.

The SKA was heralded by President Zuma in 2014 as ‘a huge leap forward in both engineering and research & development’. Shale-gas mining has also been heralded as a ‘game-changer’ for the Karoo and wider economy, while the renewable energy sector is promising clean energy to power the nation’s economy and reduce its global carbon footprint. However, while speaking to critical concerns around sustainable and inclusive growth, these interventions face major challenges stemming from their operational location in a region long considered marginal within the political economy of the country. Major social challenges include high levels of unemployment, substance abuse, and reliance on social grants, along with poor education outcomes and low levels of social cohesion. The local benefits of these developments are also contested, with real concerns that local needs are being overlooked while the environmental costs, particularly if shale-gas mining proceeds, could be high.

These interventions warrant sustained, sociologically informed, inter-disciplinary research that looks at their significance on their own terms as well as comparatively, in relation to ongoing dynamics around land, social and environmental change, and social development. They highlight the importance of context and scale in defining sustainable development. A scoping exercise to map social research initiatives in areas likely to be most affected by these developments has revealed relatively strong research networks related to the environment, archaeology, hydrology and geology, but much less systematic work on social issues and the interface between social and ecological research. These issues require not only ongoing investigation as the planned developments unfold but also historically and theoretically informed analysis. 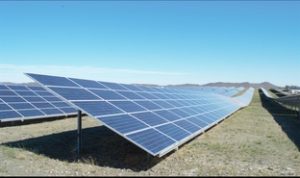 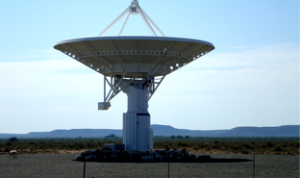 Why ‘Cosmopolitan Karoo’
The informal moniker ‘Cosmopolitan Karoo’ to describe the research programme invokes the growing prominence in the Karoo of astronomy and its focus on the cosmos, but the term also acknowledges the significance of a body of social theory described as ‘critical cosmopolitanism’ in informing the research agenda. Critical cosmopolitanism is concerned with contemporary social transformation and the interaction of local, national, and global dynamics in driving that – with what sociologist Gerard Delanty described in 2006 as ‘new relations between self, other and world … in moments of openness.’ It is thus interested in issues of scale and ways of analysing emerging ways of being in an inter-connected but unequal world. In its recognition of what philosopher Kwame Appiah has described as ‘rooted cosmopolitanism’, it distinguishes itself from older variants of cosmopolitanism concerned with commitments to world government or expressions of multi-culturalism in metropolitan centres.

1.  The normative: acknowledging the  fundamental humanity of all people as a central value in scholarly work

2.  The analytical: being alert to ‘emergent social realities’ and the interactions among the local, the national and the global in any given context, and

3.  The methodological: going beyond ‘methodological nationalism’ (or provincialism) in research design, i.e. not privileging the nation-state as the locus of the phenomenon under investigation and the sufficient source of its  explanation.